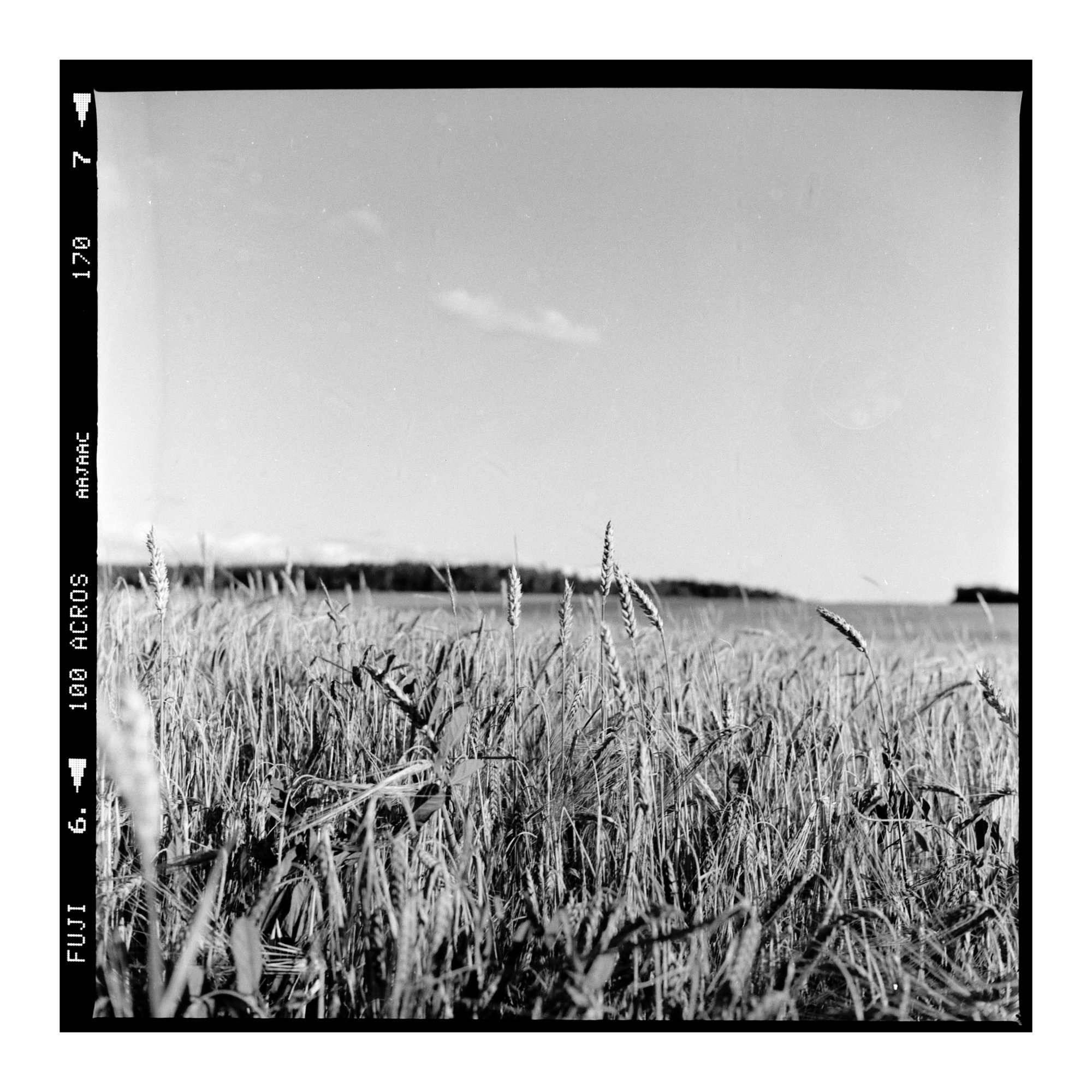 Last year, in late august or early september, i set out for my daily walk. That day, I discovered a few rolls of Fuji Acros film in the depths of the fridge. Since the light was good, I loaded one roll into the YashicaMat and took it with me on my round. Back I took the film out, put it in the drawer and left it there for over a year and didn’t develop it. This week Friday I was the first time since February 2020 back in the photo lab. I packed up the film and developed it. I had no idea what was on it. I wanted to make some prints of pictures I took in the meantime, but I didn’t like the pictures. At some point I gave up searching and looked in the film dryer to see what was on the mystery film. I joked that the roll would probably contain exclusively good pictures. When I looked at them more closely I found that more than half turned out really well. The memory came back slowly. The thing with the fridge, the beautiful light in the early evening, the warmth and the spontaneous light-heartedness with which I made the pictures.

The only downer was that I fell in love with the Fuji Acros all over again. It could have been a cheaper film.