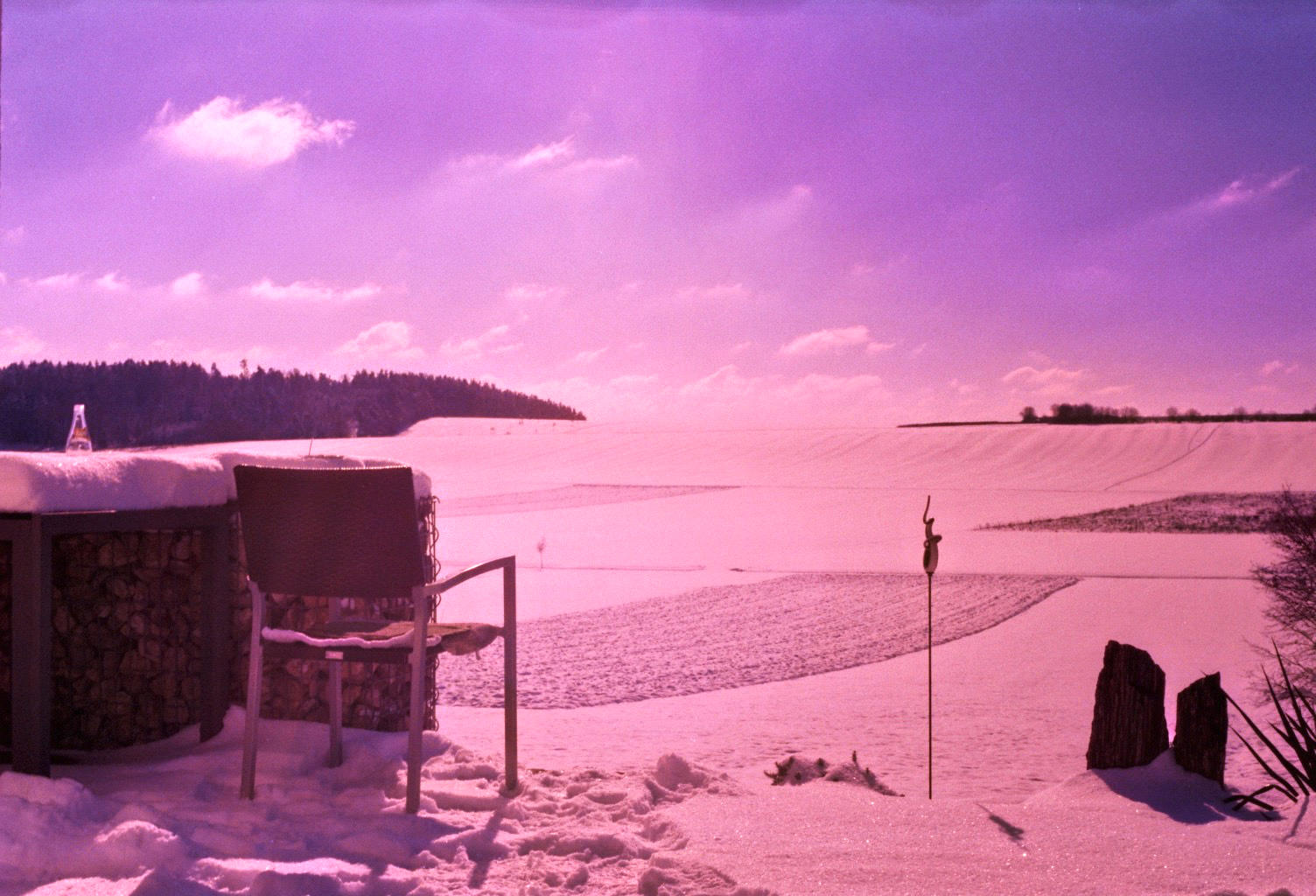 Some really nice persons sent me a bunch of expired films. I tried a roll of a CN41 ISO400 film, moved around the house in my neighborhood and took some pictures. I exposed to ISO100 as the film was quite old and gave it an extra dose of light. i dropped it off at the nearest drugstore that still accepts film and waited for the developed images. The result blew me away. The colors were shifted in a wonderful way, especially in the pictures that got a lot of light. My view from the terrace has taken something surreal. I have experimented with expired film before, but I only knew this look from cross processing.

I couldn’t decide which image I wanted to show from the film roll. I only knew that it had to be at least one. The decision fell on the picture with the chair on the terrace.

I am very grateful for the expired films sent to me and look forward to new experiments!