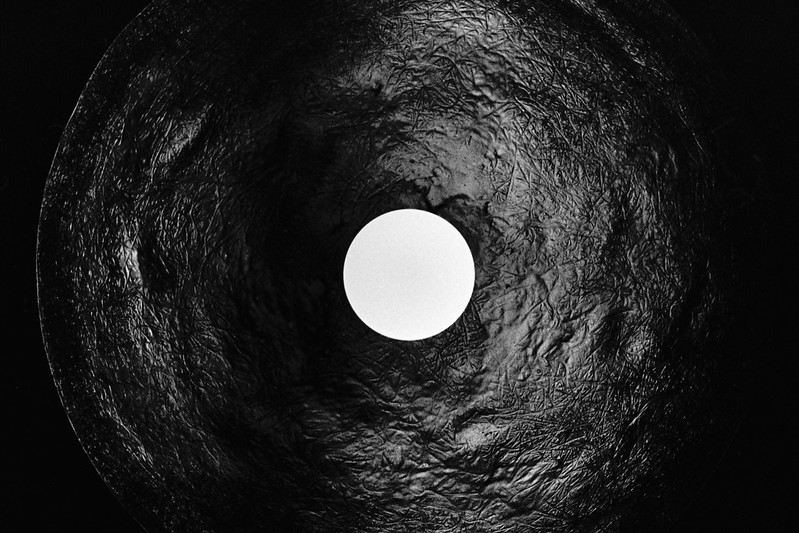 Getting new gear is a good thing because it triggers my urge to play. It is also a chance to try out new perspectives, try out corner cases, finding limits and making mistakes you’re not angry about. It’s a creativity boost. It is important to consolidate skills in image creation through practice. But it is also important to change one’s angle of vision again and again to open up new horizons.

So I got a Leica M2 with an Elmar 50 and I felt the growing urge to play with it rather than doing some reference shots to see performance of the lense and do some measurements. I didn’t want to waste that moment of creative energy but I also wanted to use the situation to practice my skills with the new equipment so I set myself the rule not to take pictures from a usual angle. I loaded the camera with a Kodak tri-x film and wandered around the house looking for subjects. The self-imposed task turned out to be more difficult than expected.

The close-up range is about one meter. This limited the choice of subjects enormously. And then there was the angle of view, which made it even more difficult. I obviously had trouble taking 36 pictures. In the end I had them all together anyway and I was amazed at how few bad pictures were there.

I was able to gain a good feeling for the camera and the optics in a relatively short time.

I particularly liked the selected picture. It is a lampshade from below. The inside of the shade is actually silver coated structural fiber. I have strongly stopped down and underexposed to get this tunnel effect and that the light bulb is the light at the end of this tunnel. I put the camera on the table, estimated the distance to lamp and made sure the camera was parallel to it. Time and aperture set; then set the self-timer and waited for the shutter to release.

For the print I increased the contrast to make it look like looking out of a coal mine or through a dark barrel. Only on closer or longer viewing it becomes clear that it is not a tunnel. I love ambiguity in pictures. Unfortunately ambiguity is a stylistic device that is rarely used anymore. It is not pleasing and makes some people uncomfortable. Nevertheless, I like to use it because it triggers many associations when viewed, which in turn merge into each other. It is a film consisting of one image.