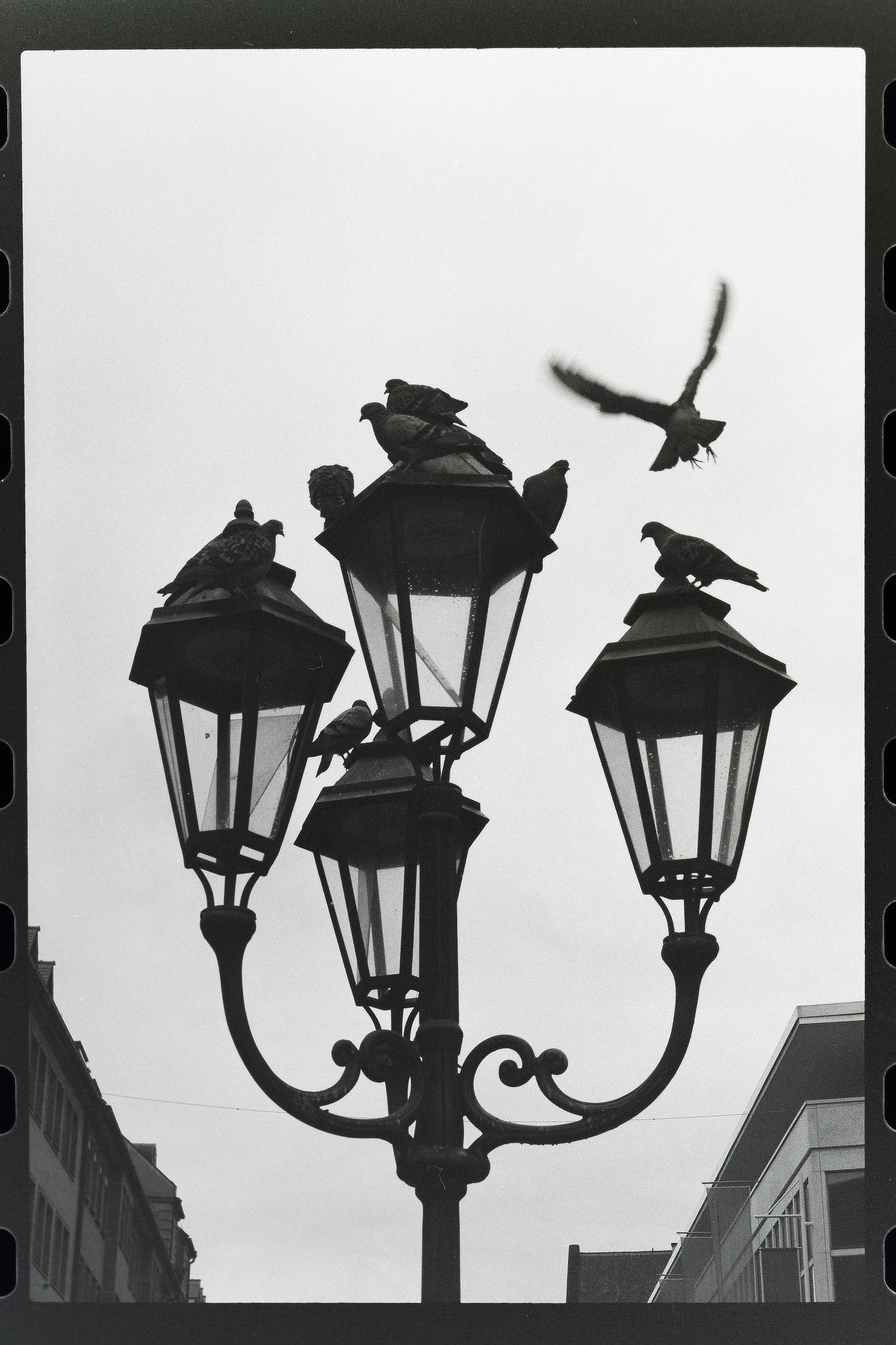 Sometimes it is hard to finish a roll of 35mm film. I think we all know the phenomenon. You are walking around with the camera looking for nice scenes or subjects to take photographs of. And then you think: ’’Eh…, that’s not worth a shot“. We only have 36 exposures, right? Well, with a digital camera it doesn’t matter. Just fire the shutter. The only limit is your memory card. But film costs money, chemicals for development cost money, photographic paper costs money. I tend to do a lot of thinking before I take the shot. If the results will be significantly better, well, that’s a different story. Long story short: On a rather cold and rainy Friday I was walking from the subway station to the photo lab in Peuntgasse in Nuremberg (that was before the pandemic) and I had to complete one roll of Ilford Delta 400 that I wanted to develop later. As I looking around I saw this light post with all the pigeons on it. Again I thought: ’’Eh…, it’s just pigeons. They are everywhere and there are lovelier birds in the world.“ But whatever, I had to complete the roll so I pressed the shutter button. As it turned out, I quite like the picture because of the one bird just taking off. Maybe sometimes you shouldn’t think too much but shoot pictures.